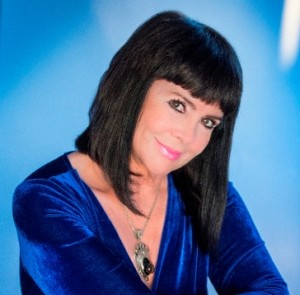 The foundation of Mahara’s teachings are based on the integration of Psychology, Spirituality, Holistic Health and Shamanism as well as the Ancient and Lost Knowledge of the Ascended Masters and A Course In Miracles. As a Registered Minister, she performs specially designed Marriages, Rites of Passage and Celebration of Life Memorial Services. Email Mahara

An expert in her field, Mahara has shared more than 40 years of experience since 1978, teaching Holistic Rebirthing throughout Canada, U.S.A., Europe and Australia. Mahara healed a lifetime of epilepsy at age 24 through this powerful healing modality and facilitates others healing and transformation through her private sessions and trainings. As a Master Rebirther, she is also available for private sessions.  Book a private session

For over 25 years, Mahara worked with colleges and universities throughout North America teaching the importance of community and diversity on campus with the reward winning orientation show “Playfair Inc.” Using non-competitive interactions that inspire co-operation and community with groups as large as 7000, Mahara has catapulted individuals into collective and ecstatic unity with her high energy Community Building skills!

Creating or Facilitating events for the upliftment and unification of our “Family of Humankind,” Mahara is known as a “Mid-Wife for Souls” and a “Planetary Change-Agent.” As both a local and International Facilitator,   Speaker and Trainer, she collaborates with many talented musicians, performers, healers and teachers to create transcendent experiences to raise consciousness and expand the theatre of ‘being-ness’ and ‘breakthroughs.’

Mahara is often invited to open events with Sacred Ceremony, and as a Priestess teaches other women her special brand of empowerment through her “She Power” work.  This includes her lifelong compilation of the 22 principles of the Divine Feminine and the embodiment of those principles. On occasion, she also works with Minke de Vos who adds the ‘Sacred Sensuality’ element to the She Power workshops.

As an MC, Performer and Community Builder, Mahara weaves experiences of harmony by facilitating events and celebrating the earth cycles and ourselves as the ‘Family of Humankind.’ Using music, ritual, drumming and dance, often in collaboration with many of Vancouver’s finest world class musicians and performers, these events strengthen our collective knowing that, as the Hopi Elders said: “WE ARE THE ONES WE HAVE BEEN WAITING FOR.”

Mahara also joined several improv theatre troupes including the infamous “Playback Theatre‘ out of New York. She is one of the founding members of Vancouver Playback Theatre. Based on oral storytelling traditions, Playback moves freely between the mythic and the mundane. An audience member sits in the ‘teller’s chair’ where their real-life story is ‘played back’ by the actors. Improvisation, movement and music are used to create fascinating, funny, dramatic and deeply moving stories. Playback is a form of theatre unlike any other. It changes lives and enriches communities.  Contact Mahara

As an actress, Mahara played both the Narrator and Buddha in “Siddhartha, the Journey” during the Vancouver’s Fringe Festival in 2011. 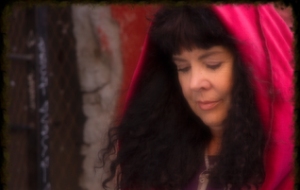 Mahara Brenna in Soldiers of Earth

In 2014 she was cast as Mother Earth and Mother Mary in the movie “Soldiers of Earth” directed by Michael Antonakos. All episodes now available on YouTube.

As a character actor, she became well known for her portrayals of Queen Alisha and Madame Pompadour in the Radiant Rose Academy Actors Guild.

Performing as a drummer, playing percussion and singing in bands whenever she can, Mahara also loves voice-over work and has recorded 4 of her own CDs for healing, meditation and Rumi poetry.

A dancer all her life, she has trained as a NIA Integrated Movement Instructor and leads “Trance Dances”as a Shamanic Trance Dance Facilitator.

Proudly one of the founding members of the Akasha Mystery School, now called the Radiant Rose Academy, Mahara continues to be an important presenter and facilitator for the Academy.

“I am eternally grateful for the teachings of Mother Akasha, the Ascended Masters and the Angelic Realms and am truly blessed to have found this leading edge consciousness.” Mahara Brenna

Born in Vancouver, BC Canada

She grew up in a playground of ocean, forests and mountains, and was tremendously influenced by the power of the elements and her love of Mother Earth. Her parents, she considers, were ahead of their time; her Father politically and socially, and her Mother holistically and spiritually. “Think for yourself” was a family motto, and therefore ‘thinking outside the box’ became a way of life at an early age.

Mahara pioneered many fields unavailable as yet to women. On sea, on land, and in commerce, she broke new ground and was hired where women had previously been denied. Believing in something more than the ‘women’s movement’, she was also equally struck with the plight of male conditioning, and therefore held the journey to be that of a “People’s Revolution”. This belief was the catalyst that propelled her spiritual search and lead to the reclaiming of the ‘Divine Feminine’, the aspect of life negated in both men and women, to which she now dedicates her life.

During this time of pioneering, the epilepsy Mahara had privately endured through her childhood, now escalated into grand-mal seizures. According to traditional doctors, she was told she would live a severely restricted lifestyle and would be heavily medicated for the rest of her life. In 1977, after majoring in Psychology at Simon Fraser University, she left for California to begin her studies in Holistic Health Education.

It was during her studies as a Holistic Health Educator, that Mahara was introduced to Rebirthing. Along with additional modalities of healing, she has evolved rebirthing to what she now calls “Holistic Rebirthing.” This experiential healing modality was so powerful, that not only did it heal and cure her epilepsy, it became the foundation of her life’s work as a Master Rebirther. And so began Mahara’s 38 year career as a healer and planetary change agent which has so far spanned 4 continents.

Ordained as a Minister of the Universal Brotherhood & Sisterhood Movement
Bachelor of Divinity 1999
Registered in British Columbia with C. I. M. M.
Canadian International Metaphysical Ministry